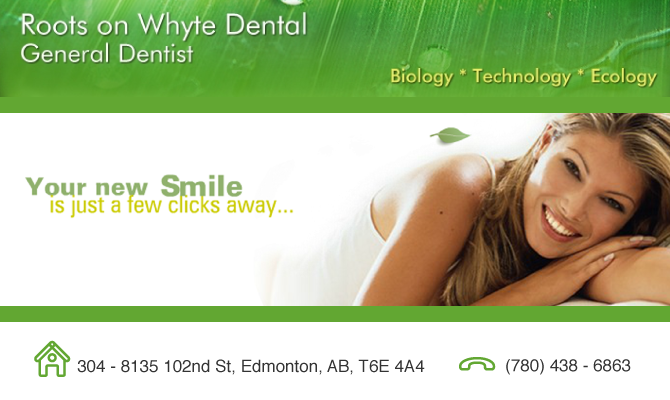 When you visit Roots on Whyte Dental, your smile is our top priority. Our entire dental team is dedicated to providing you with the personalized, gentle care that you deserve. We truly believe that all that is good begins with a smile… so smile like you mean it!

Come visit Roots on Whyte Dental, our Edmonton dental office where we are always happy to welcome NEW patients! At our dental office, our patients enjoy quality oral health care with a focus on ceramic materials in a environmentally friendly environment. We have been offering dental services in the area for many years! We are proud to offer a large variety of general and cosmetic dental treatments that are sure to meet your every need.

Part of Roots on Whyte Dental’s commitment to serving our patients includes providing information that helps them to make more informed decisions about their oral health needs. 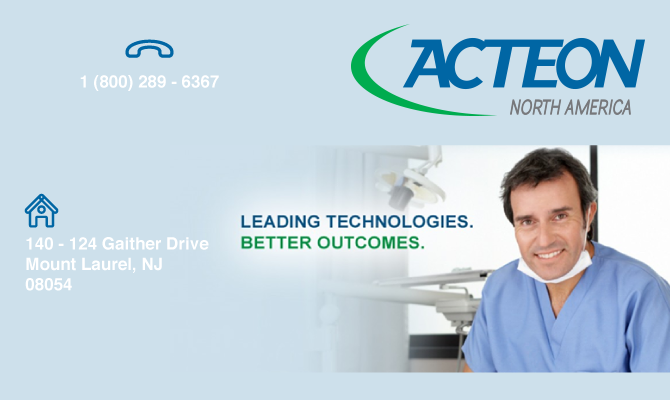 A subsidiary of The ACTEON Group®, ACTEON® North America is located in Mount Laurel, New Jersey (just outside Philadelphia), and provides all the sales, marketing, customer service and technical support for ACTEON® products in the United States and Canada.

ACTEON® partners with all of the major dental chair delivery system manufacturers and dental distributors. ACTEON® North America also has a team of strategically placed field representatives as well as a state-of-the-art repair facility and fully stocked warehouse. With a steady stream of new and innovative products combined with effective and efficient customer support and technical service, ACTEON® North America continues to grow each year. 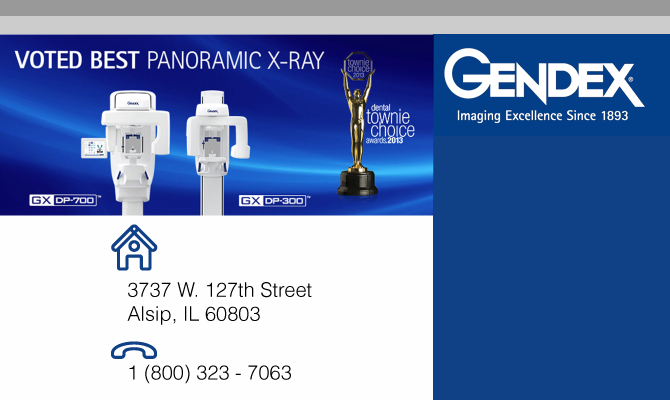 Gendex, known for its reliable, innovative, and affordable imaging equipment, offers a wide variety of solutions for both general dentists and specialists. The company’s strong history in x-ray manufacturing, along with a deep dedication to deliver products that exceed the needs of dental professionals, have earned Gendex recognition as a global leader.

Gendex, headquartered in North America, is a worldwide leading company committed to the research and development, production and distribution of imaging equipment for the dental market. Gendex offers a complete range of radiology and imaging products for both traditional and digital applications.

The Story of Gendex

In the more than 100 years since Wilhelm Conrad Roentgen discovered the X-ray, radiology has transformed itself from a scientific curiosity to a medical and dental necessity. The Gendex lineage can be traced back nearly to Roentgen himself, and continues today, with Gendex as a global leader in dental radiology and digital imaging.

Only a few years after Roentgen’s 1895 discovery, Victor Electric Company of Chicago, started manufacturing X-ray equipment for the medical and dental community and offered these products through its subsidiary, Victor X-ray Corporation. They soon developed a new kind of voltage stabilizer, which truly set them apart from the other companies that were in the industry at the time. This device yielded more consistent exposure that, in turn, translated into consistent X-rays. Moreover, the company offered this feature, this “new technology,” at no additional fee. In other words, they took the lead in manufacturing a better product while retaining an affordable price point.

In 1923, Victor Electric was acquired by the General Electric Company. Dental X-ray manufacturing was part of GE Medical. During the “GE years,” this division, played a critical role in the development of intraoral and panoramic imaging. Suffice to say, their Panelipse® became the early benchmark for panoramic performance.

The Gendex Corporation emerged as a new dental X-ray company as the result of GE dividing its medical and dental lines in 1983. Next in this legacy was the launch of the GXPan® and the GX-770™ intraoral, yet more benchmarks, followed by even more new and innovative products such as the AcuCam® camera, Orthoralix® 9000 and 9200 series of panoramic/cephalometric, DenOptix® PSP system, and VixWin™ imaging software.

In its recent history, the company introduced the award-winning Orthoralix® 8500 panoramic systems, and launched the Visualix® eHD intraoral sensors, as well as a one-of-a-kind system that utilizes 3D Cone Beam imaging technology, the GXCB-500®/GXCB-500 HD™. In 2010, Gendex released the GXS-700™, the latest advancement in digital intraoral sensors, to rave reviews. 2011 brought the most comprehensive launch in the company’s history with three new products that cover multiple modalities, the modular GXDP-700™ pan-ceph-3D, GXDP-300™ panoramic, and GXPS-500™ PSP systems. Coinciding with these new products, the Experience Gendex mobile showroom began its year-long tour.

Gendex is now a part of the Danaher Corporation’s dental platform that provides clinicians with dentistry’s leading products and solutions. Given this long history, rich with innovation, it’s no wonder that Gendex is a global leader. Then as now, the goal remains the same: Deliver reliable, affordable, high-quality imaging solutions to dental professionals.